How a UK expat in Portugal recovered

from a huge financial tax mistake with help from RHJ Accountants

Amanda C. decided to move her partner and son to Portugal from the north of England for a better climate and safer streets. She was delighted to learn about Portuguese tax benefits for non-habitual residents (NHR), and looked forward to claiming exemptions on income from pension, interest payments, capital gains and several other forms of income earned outside the country.

She and her family moved to Porto, where she resumed her career as a self-employed marketing consultant. Like many UK expats living in Portugal, she did her due diligence and sought tax advice from an English-speaking accountant. Unfortunately, she soon learned that all accountants are not created equal.

Bad UK Expat tax advice services cost Amanda both money and time
Amanda and her family were about to pay the price for her accountant’s ignorance—and that price was over €5,000 in extraneous tax accountancy charges and a mistake that cost her any opportunity to gain the very attractive NHR status.

Unfortunately for Amanda, this was not an isolated case. She went on to work with another accountant whose advice was so complicated she submitted the wrong information. This second accountant cost Amanda a huge amount of stress from long, uncomfortable conversations with the Portuguese Fiscal office to rectify the error.

In the UK, the story was no better. Amanda’s UK tax accountant – not related to the Portuguese ‘specialist’ – cost her £100’s in fines from the tax office for submitting her accounts late.

Amanda discovers RHJ Accountants personal tax services for UK expats
“I walked into my meeting with Jeremiah ready to return back to the UK. I was emotionally and financially exhausted and felt like giving up. I walked out of RHJ Accountants’ office with a growth plan for my business that would allow me to make the most of Portugal’s expat tax system. And huge peace of mind,” she reports.

Bookkeepers and tax accountants are a dime a dozen in Portugal, she says. “They all claim to be experts in Expat taxes, but most aren’t. I needed more than a number cruncher. I needed a strategic mind. A problem-solver.” Amanda needed someone with Expat experience who lived and breathed the labyrinth that is the Portuguese tax system for expats. That someone was Jeremiah at RHJ Accountants.

“I walked into Jeremiah’s office a basket case. I walked out with peace of mind, and the knowledge that I was working with professionals whom I could trust. So important out here. After that meeting, I knew we would be able to stay in Portugal, a country my family and I had grown to love.”

Some details of this story have been altered to protect our client’s confidential information and privacy.

"5 Things Every UK Expat MUST Know About Portuguese Taxes BEFORE you move."

There’s no cost or obligation and we promise not to spam you. 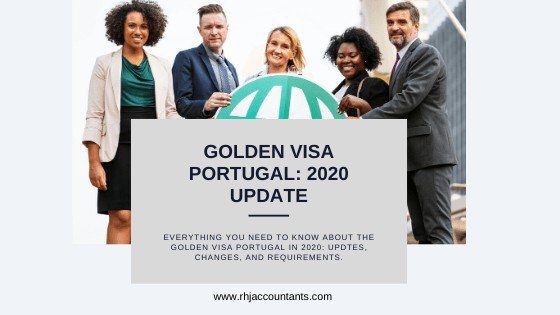 Everything you need to know about the Golden Visa

By JHRNews
The Golden Visa in Portugal is designed to bring in investment from non-EU/EFTA nationals and boost the domestic economy. The visa is also commonly referred to as the Resident Permits...
END_OF_DOCUMENT_TOKEN_TO_BE_REPLACED
Love0

Brexit: what UK expats need to know about the Withdrawal agreement?

Now that the UK has officially left the EU, we have been granted a little wiggle room to breathe via the Brexit transition period which is now in motion and…